The Life of an Early Adopter 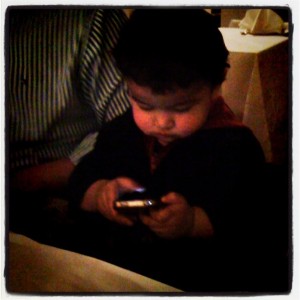 Those who have been reading this blog for a bit know that I was an early adopter to the Google+ social network. I received my invite within the first few days the network was up, and I have been active since having been excited by the layout, features and conversations that I have found there.

Then this Wednesday, I discovered a hiccup. When I tried to check in on Google+ on my phone, I noticed that only two of my contacts were showing up in the feed. When I investigated on my computer, I saw that the population of my circles went from around 160 to 28. Almost worse than the prospect of having to track down my contacts, was that I seemed to have been singled out – no one else was reporting this problem.

Alas, this sort of experience is a relatively common one for early adopters, especially with beta programs such as this one. Luckily in my case, I was able to re-populate my circles within a day, and used the opportunity to clean out some that weren’t really providing what I wanted from the network. Over the years we have become familiar with other stories of the price of early adopting: Sometimes the consequence is the wasted money on a failed platform such as Betamax and HD-DVD, or the missed discounts given to the patient such as the case with the original iPhone. There are also cases of early adopters catching the consequences of the missteps of others, such as the case when early Kindle owners found their George Orwell books were sent down the memory hole.

Luckily in the case of my Google+ hiccup, it was ultimately only my spare time that was lost, but it has definitely made me think of how I will mitigate the risk of being an early adopter in the future, especially if I am considering that path for a nonprofit or employer. Moving forward, I will make sure to consider:

Does jumping in early make sense for the mission and brand?

As I strive to continually learn about the social media landscape and keep abreast of new trends, I found great value in joining Google+ early. For a nonprofit however, it will likely make more sense to hold off and let others figure out the bugs first. In addition to avoiding problems, I would want to make sure that members of their target audience will be present on this new network and that the tool make sense within their communications planning. The last thing that I would want is to waste employees’ valuable time on a system that won’t benefit them in the long run.

We all know that it’s really hard to work through the legalese in those Terms of Service and End User Agreements, but it’s very important to be aware of the full details associated with a new investment. If you have problems understanding the details yourself, you should research the new product as bloggers will likely have already parsed that language for you. You need to know in advance if there will be difficulties getting out of your contract, extra charges, issues over data ownership, or other surprises.

This advice always holds true, but it is especially important when working with new technology. When a product or service is new, it’s common for bugs to come up and cause data loss. Whether it’s pictures, contact information or mission-critical data, make sure to not only rely on this new piece of technology for its safety – run your own backups as well.

What else do you take into account when consider a new technology for yourself or your organization?