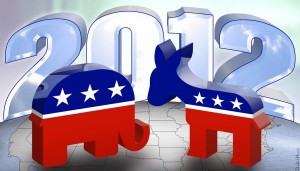 Yesterday, Mashable wrote on two studies predicting political inclinations by technology use. The first was on a study showing that smartphone users were significantly more likely to support Obama than Romney. The later post had a graph showing how web users favorite pages could predict their presidential choice. I highly encourage you to take a look at that graph, but my most surprising take-away was that Pinterest users were on the Romney side of the graph.

I bring up these stats not to get into politics per se, but to point out how social media demographics aren’t always as simple as they seem. Many nonprofits and businesses flocked to Pinterest after hearing how their users are heavily female, but they are not matching with the common statistic that women traditionally vote Democrat. Noting the higher cost of smartphones, many might have also assumed that their owners would fall in line with statistics showing that higher-income voters tend to go Republican, while overlooking that early technology adopters are often younger and more liberal.

As your nonprofit is planning your social media activities, make sure to look a bit below the surface to make sure that you’re reaching out to the right audiences. In both your strategy itself and in the social networks you aim for, make sure you’re looking beyond broad demographic facts like gender and looking at income, college education level and political preference as well. While it takes time to look deeper, you’ll get better results and save effort in the long run.

What demographic data do you look at when choosing social networks? Do you think that technology choices are good indicators of political preference generally?